How Over-Centering the Business Dilutes the Intelligence: An Ex-Tableauer’s New Perspective on Modern BI 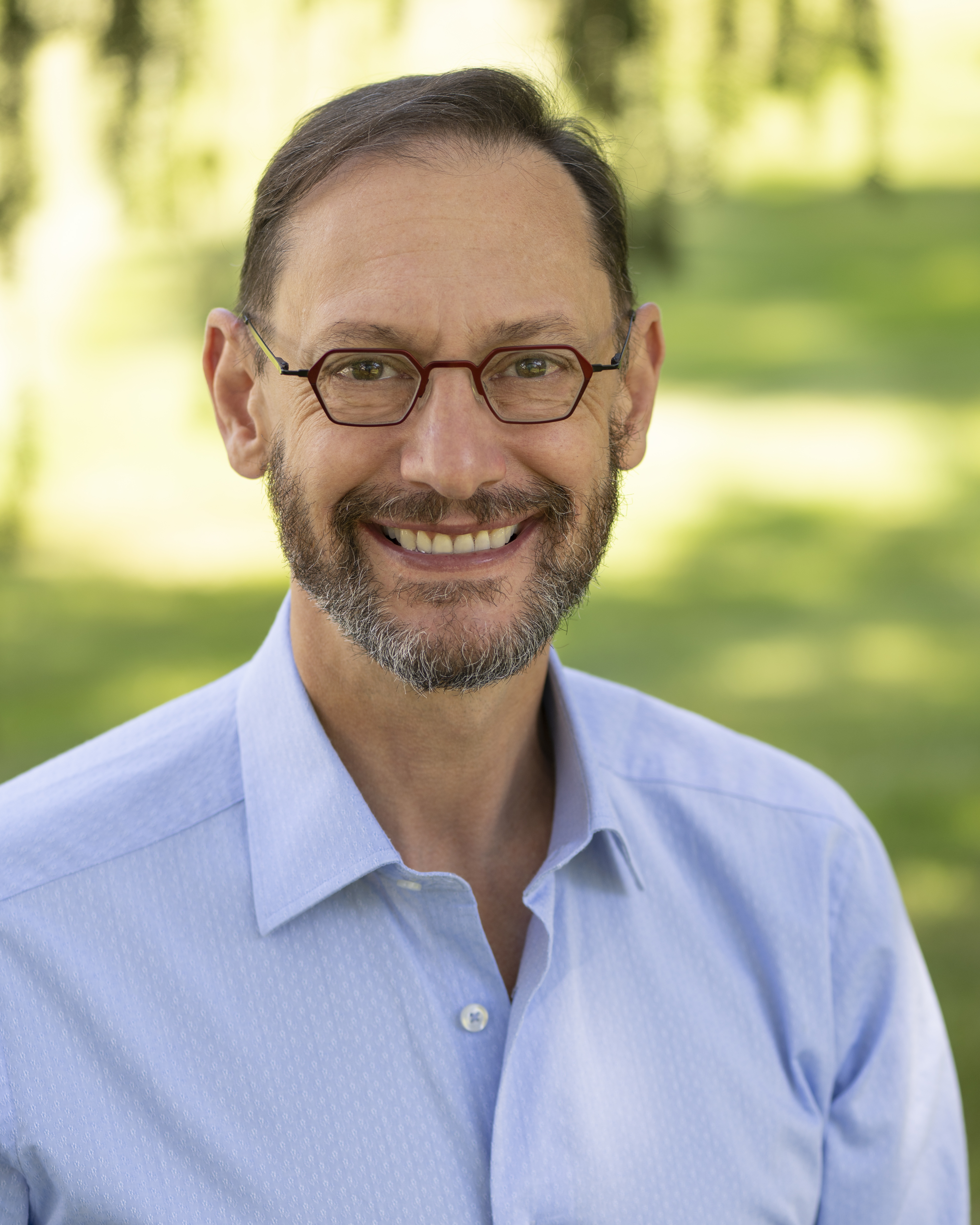 It’s not you, it’s the tools

On the flight back from Coalesce, I was thinking about how the promise of old-school BI tools, like Tableau and Looker, robs its customers by ignoring the intelligence layer, critical to modern data-centric businesses. And by intelligence layer, I mean the data team. As I talked to attendees, I heard countless stories about how difficult it is for data teams to do their jobs well. The fundamental issue repeated across conversations is that it’s too difficult to work with tools that over-center business users.

A Director of Data at a well-known online retailer said they were frustrated with how the modern data stack is predicated on speed and efficiency, but their BI layer slows down his entire team. Another data consultant shared why he’s refused to adopt any of the last-decade tools (and still–shockingly–uses Cognos)! “Those tools are not for me,” he said, “they’re made for people who play with data, not for someone who works with it.”

Although I found myself stunned that there is still someone out there using Cognos, I realized that he is exactly right. Tools like Tableau and Looker repeatedly center the business user at the expense of good analytics because these platforms turn their back on the needs of the analysts who work with data.

And this became even more obvious as I looked across the showroom floor. Not one of these vendors attended Coalesce. Tableau, PowerBI, Looker, Domo… none of them. Why? Because the business teams are responsible for buying these tools. Ultimately, the fewer analysts involved, the better it is for them. The design and execution of these tools do not accommodate data teams. In the end, these vendors don’t care if data teams are on their platforms. By design, these platforms ultimately hinder analysts’ productivity, so it's easier to shut them out completely rather than incorporate them!

This is not new to you. I know because my conversations turned from what can’t be done, to what is available now, and where we’re headed. A new wave of BI is not just bringing the analyst back into the fold but is centering their team as the powerhouse of the intelligence. The new wave of tools we saw at Coalesce, like Mode’s new integration with dbt’s Semantic Layer, is giving analysts and analytics engineers a real seat at the table, not diminishing them to a ticket-taking role in a back room disconnected from the real problems. Before I go too deep into how Modern BI is repositioning the data team today, let’s take a quick look at the old promises and pitfalls of BI in from the 2000s through the early 2010s.

The promise was never the answer

Sure, the move away from the old report factory, and the promise of democratized data for the masses was compelling compared to the slow, rigid answers we were used to. But, why then, are we still plagued, in 2022, with long lead times on answers to complex questions? As we watched the rise of tools like Tableau, Domo, and PowerBI in the 2000s, so too did we see the rise of a truly chaotic (but good enough) approach to self-service insights built with an abundance of cloud warehouses, ELT, and point solutions. Yes, this approach quickly displaced the monolithic and complicated BI tools like Cognos, MicroStrategy, and Hyperion, but these new tools also brought the masses an avenue to dig into data and come to their own conclusions without regard to data consistency or code reuse. This is because all of the code used to create static data sets for business stakeholders lived scattered across disparate systems of the back data office, like inside individuals’ desktops and cloud-based storage platforms, with little to no governance or control. Additionally, this ‘chaotic-good-enough’ approach removed the skilled analyst from the conversation and essentially walled off tools like Python and R, creating gridlock for the data team to effectively share results with business stakeholders. It’s clear now that eras’ data tools bypassed the analyst and data scientists, relegated them to admin support functions, never-ending requests for more raw data, and ultimately shifted the function of analytics into the hands of the business departments.

To this day, business teams still create beautiful graphs and charts quickly as long as the needed data is readily available. But, as soon as the need for more data arises (which is all the time), business teams still go to the data team and ask for a new dataset. This arduous process of translating what is needed has kept us spinning on the same problem for more than a decade.

The problem is that the premise is flawed. The problem was never the report factory misalignment but rather the inability of business and data teams to actually collaborate and streamline their workflows.

Limiting the analyst to only a portion of the curation process instantly blocks the vital context needed from both sides of the conversation. With code written and tucked away on someone's laptop or in some shared repository, complicated questions and deep insights are only executed in unstructured platforms and are often shoehorned into the presentation layer. This time-consuming, disjointed approach leaves the promises of true collaboration for vetted, fast, and self-service insights still unrealized.

A modern approach to BI centers the data team

In that chaotic good phase, everyone had the right motivations, but the question still remains: are you truly using your data to drive all of the decisions you want? Is data a competitive advantage for your business? In the 2010s, the second wave of BI tools came onto the scene in response to this chaotic BI approach and perhaps over-corrected for the underserved analyst. Looker tried to solve the chaos by modernizing data modeling with a proprietary language. But this, too, slowed down data teams from the work that would actually drive their businesses forward. They chose a proprietary language which forced a translation step. Analysts did the cutting-edge work in SQL, and then productionized it by translating to LookML. And it was obvious on the floor of Coalesce, that no one sees that step as worthwhile any longer. Mode, on the other hand, built a speedway for analysts by being SQL-first. Data teams could build reporting on top of their lingua franca in seconds, no translation step required. Plus, with integrated notebooks, deeper advanced analytics in R & Python was built right in. I recently talked with a Mode analyst who brought this benefit to life—back when she used Looker she was never able to easily open up a/b testing to her marketing team—because coding all of the test details was just not worth it in LookML. In Mode, it was as simple as writing some SQL and processing the results with Python, then adding the output cells to an auto-refreshing report. This isn’t what people think of as traditional BI. But it’s this kind of intelligence that smart business leaders need today—and tomorrow. We believe that this multi-modal approach to intelligence is what delivers impact.

The next wave of BI—modern—should perform the work of multiple standalone tools in one place–because they each introduce an element of context that is critical to seeing the whole picture. And, this approach reduces the chaos of duplication (tools, data, people), governs incorrect data, and provides context from both sides of the house. This approach works when both the data team and the data platform drive from the center.

There shouldn’t be tradeoffs between flexibility, business-first, or governed trusted data. By centering the data team, and starting with their tools, organizations can have it all. They can build trusted, accessible intelligence that doesn’t hinder the speed at which analysts need to break new ground.

I remember when I joined Mode, the founders used to talk about the origin story of being by analysts, for analysts. Coming from Tableau, this was counterintuitive to everything the market spoke about, and felt Mode was siloed, but as I worked with our customers, I saw first-hand how bringing the analyst into the workflow improved collaboration.  Hearing stories on the floor of Coalesce validated that being for analysts means being actually for everyone. That’s the only way winning businesses are going to light up true analysis company-wide.

In Mode’s single platform, the data team can perform ad hoc analysis as well as deliver deep insight with polished reports to the business. Your business partners are always able to explore robust visualizations to drill down, filter, and get the answers they need. In this approach, the data team not only becomes crucial to the success of any analysis, but they are also the force multiplier for the entire business.

In the next few months, Mode will double down on this—stay tuned. You’ll hear us talk more about raw data when you want it, and modeled data when they need it.  And in years, we’ll all look back on the pre-Coalesce New Orleans days and wonder how we survived without data teams at the center.

Schedule 1:1 time with a Mode expert

How to Switch from Excel to SQL