We actually work pretty hard on this

We actually work pretty hard on this

Rumpl is an outdoor brand on a mission to redefine the category of technical comfort products, starting with blankets.

To me, getting at the data as quickly as possible is the most important thing.

When Shane Roach was hired as the senior e-commerce manager at Rumpl, the company did not yet have any data infrastructure in place. Analysis was done either in department specific tools, like Google Analytics, Facebook Ads, Iterable, Shopify, or another siloed platform. As the first analyst, Shane was responsible for building the data analytics function from the ground up.

Coming from much larger tech companies (Lyft and Everlane), he knew he needed a tech stack that would scale along with the company. The goal was to use data to optimize business operations across traditional retail and modern ecommerce.

“We wanted to bring everything into one place and get all of our data points to connect.”

Rumpl built a single source of truth for data in days

Shane chose Mode for Rumpl’s first data analytics and business intelligence tool. The analyst-first features, including the SQL editor and Python notebooks, initially caught Shane’s attention. His first priority was making sure that future analysts could access data [from any department] and go from analysis to visualization quickly.

It only took a matter of days for Shane to set up a data warehouse, connect Mode, and begin looking at all of their data in one place. From there, he worked with his newly hired analytics manager to build out relevant dashboards for teams like sales, customer success, and retail. His goal was to establish Mode as the single source of truth for all reporting across the organization, eliminating the silos of individual data sources such as Google Analytics or Zendesk.

The impact of this source of truth was felt on the customer experience team first. Zendesk’s in-platform reporting wasn’t providing enough granularity, so Shane built a Mode dashboard that tracked tickets by product category, ticket type and other various dimensions. The head of the team immediately noticed that certain categories received significantly more support tickets than others. By focusing on making improvements to these categories, he was able to reduce the number of tickets by 60%.

Rumpl’s website team had a similar experience. They track e-commerce performance at the order level, looking at metrics such as average order value (AOV) and lifetime value (LTV). When they began analyzing these metrics in Mode, they could easily see that a more impactful metric would be units per transaction. They built out a Mode dashboard to monitor and track this new metric, and could easily see how changes to the website (for example, A/B testing different upsell items on the Checkout page) impacted. They increased their units per transaction by 25%, leading to meaningful revenue growth.

Creating a single source of truth for analytics and reporting in Mode allowed Rumpl to scale data across the entire company with a team of just two. It also led them to kick off a data democracy initiative through Mode’s SQL School and Rumpl’s own data and curriculum. In one quarter, Rumpl increased its number of SQL-fluent employees from 5% to 33%. Shane is confident that a deeper understanding of the data will lead to more sophisticated questions, deeper dives into data, and overall better decisions for the company. 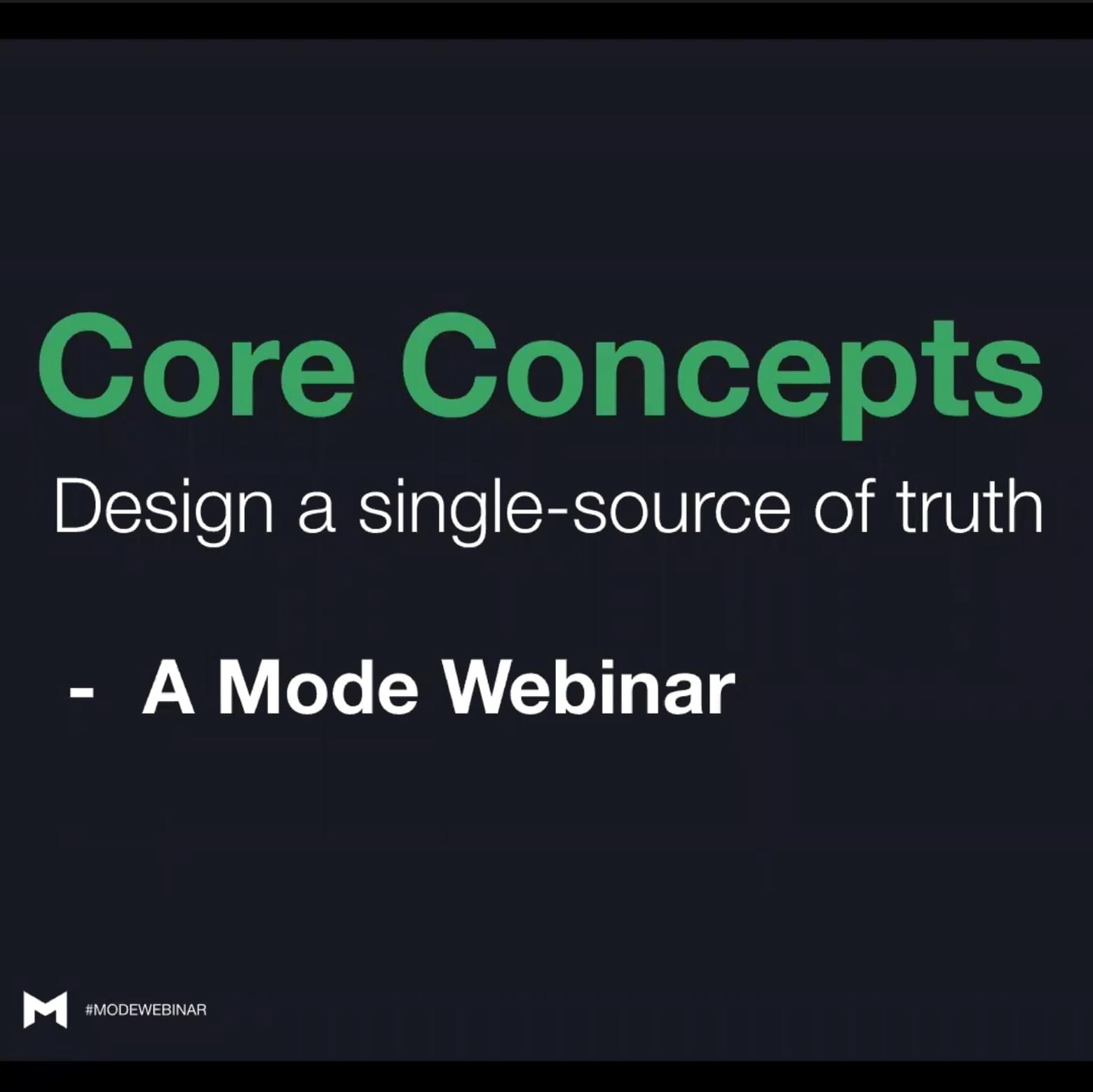 Core Concepts—a single source of truth for your data