Are Traffic Lights the Real Hyperloop? 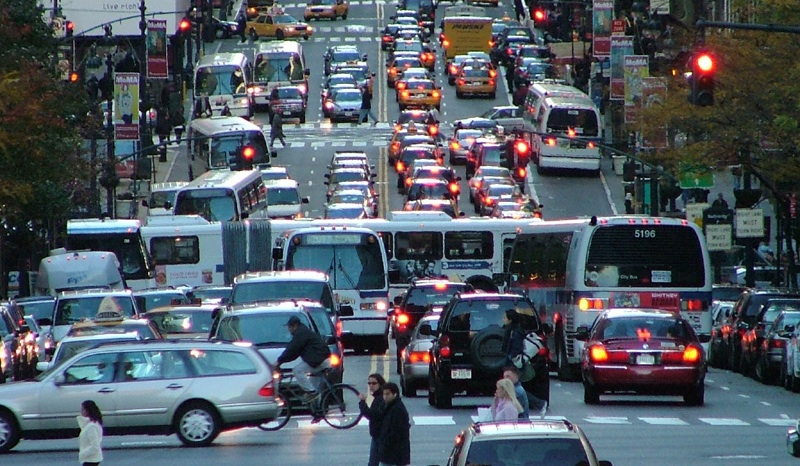 At some point, presumably while idling in his Tesla Model S on a clogged freeway in Los Angeles or San Francisco - which account for a remarkable 9 of the 10 most congested roads in the country - Elon Musk decided he’d had it with waiting around in cars. So he dreamed up the Hyperloop, a transportation system that can, in theory, rocket people between Los Angeles in San Francisco in just over 30 minutes. For people making one of the annual 6 million five-and-a-half hour trips between these two cities, the Hyperloop sounds like a spectacular - and frankly, spectacularly cool - idea. But for the rest of the world (which is often forgotten about in California), and ironically, even for those stuck in standstill L.A. traffic in a 400 horsepower car yearning to be free, there’s something out there with far more potential than the Hyperloop: 2% better traffic lights.

Assuming the Hyperloop replaced all 6 million 5-hour trips between L.A. and S.F., it would save roughly 30 million hours of travel time a year. Under even conservative assumptions, this is roughly equivalent to reducing U.S. urban stoplight delays by less than 2%.

Lights affect an estimated 10% of commute = 2.5 minutes per trip

Because this calculation only includes commutes (which represent less than 20% of all trips), savings could actually be five times higher, implying stoplights only need to reduce wait times by 0.3% to match the Hyperloop’s time savings. Current improvements in traffic signal operations reduce delay times by 10% to 20%. If these represent the lower bound of new technologies, improved stoplights would be 30 times as effective as the Hyperloop, saving U.S. travelers about 1 billion hours a year.

Small experiments actually confirm savings of roughly this magnitude. In 2008, San Antonio - home to 785,000 commuters, or roughly 0.7% of the total - upgraded their traffic signals, reducing annual travel times by an estimated 8.6 million hours. Applying these savings to the rest of the United States would cut nationwide travel times by around 1.2 billion hours.

Improvements would also be relatively cheap, even using current technology. Los Angeles (which accounts for roughly 7% of automotive commuters) recently completed a massive city-wide light synchronization program at a cost of $350 million, while upgrading San Antonio signals cost an estimated $33 million. Assuming costs increase proportionally to commuters, upgrading lights in all U.S. urban areas would cost between $4.7 and $5.2 billion - less than the Hyperloop’s proposed cost, which some experts estimate is actually 15 times too low.

Furthermore, given that the United States represents only 25% of the global car market, better stoplight technology could have a even greater impact, and help areas that have unfathomably worse traffic than the United States. 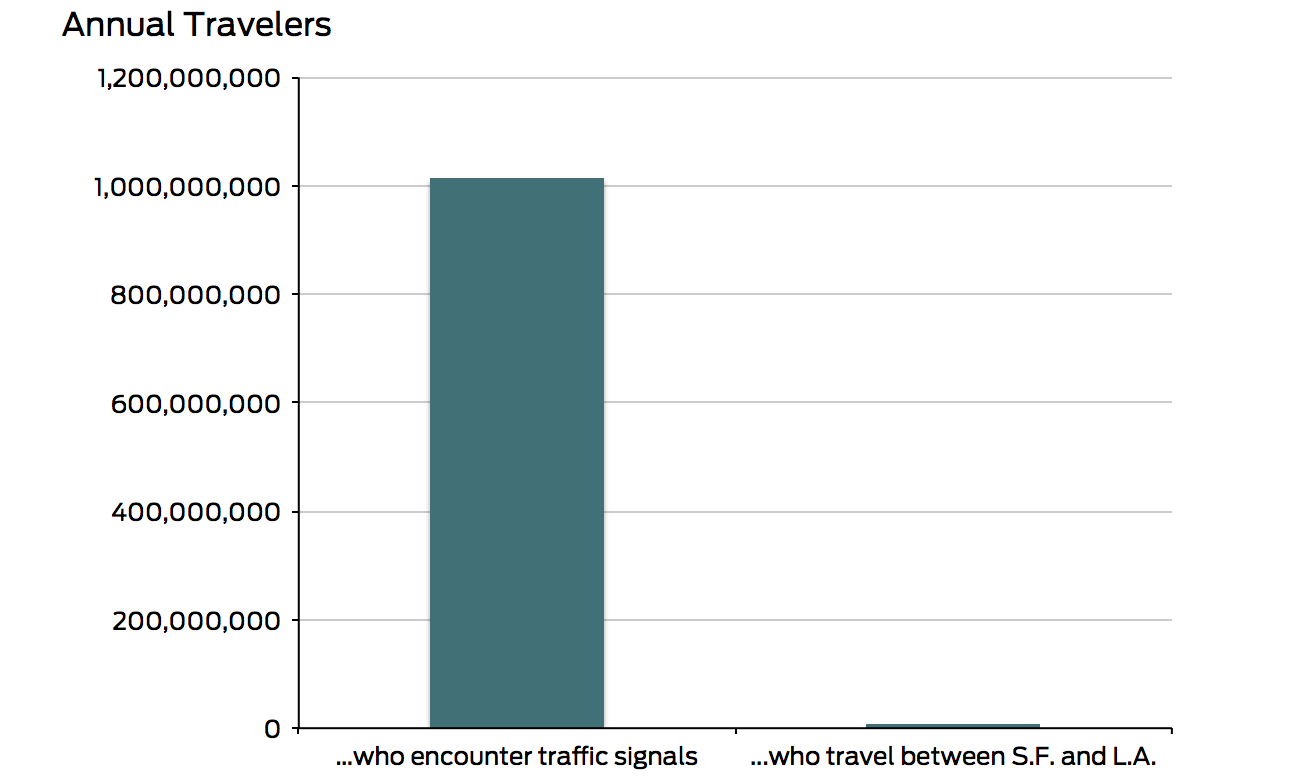 Investing $6 billion dollars in better traffic signal technology doesn’t sound as exciting as inventing the fifth mode of transportation. But reach matters. As any physicist knows, sometimes the most forceful thing isn’t what’s accelerating the fastest. Sometimes it’s what has the most mass.