In this lesson we'll cover:

Before starting, be sure to read the overview to learn a bit about Yammer as a company.

Yammer not only develops new features, but is continuously looking for ways to improving existing ones. Like many software companies, Yammer frequently tests these features before releasing them to all of thier customers. These A/B tests help analysts and product managers better understand a feature's effect on user behavior and the overall user experience.

This case focuses on an improvement to Yammer's core “publisher”—the module at the top of a Yammer feed where users type their messages. To test this feature, the product team ran an A/B test from June 1 through June 30. During this period, some users who logged into Yammer were shown the old version of the publisher (the “control group”), while other other users were shown the new version (the “treatment group”). 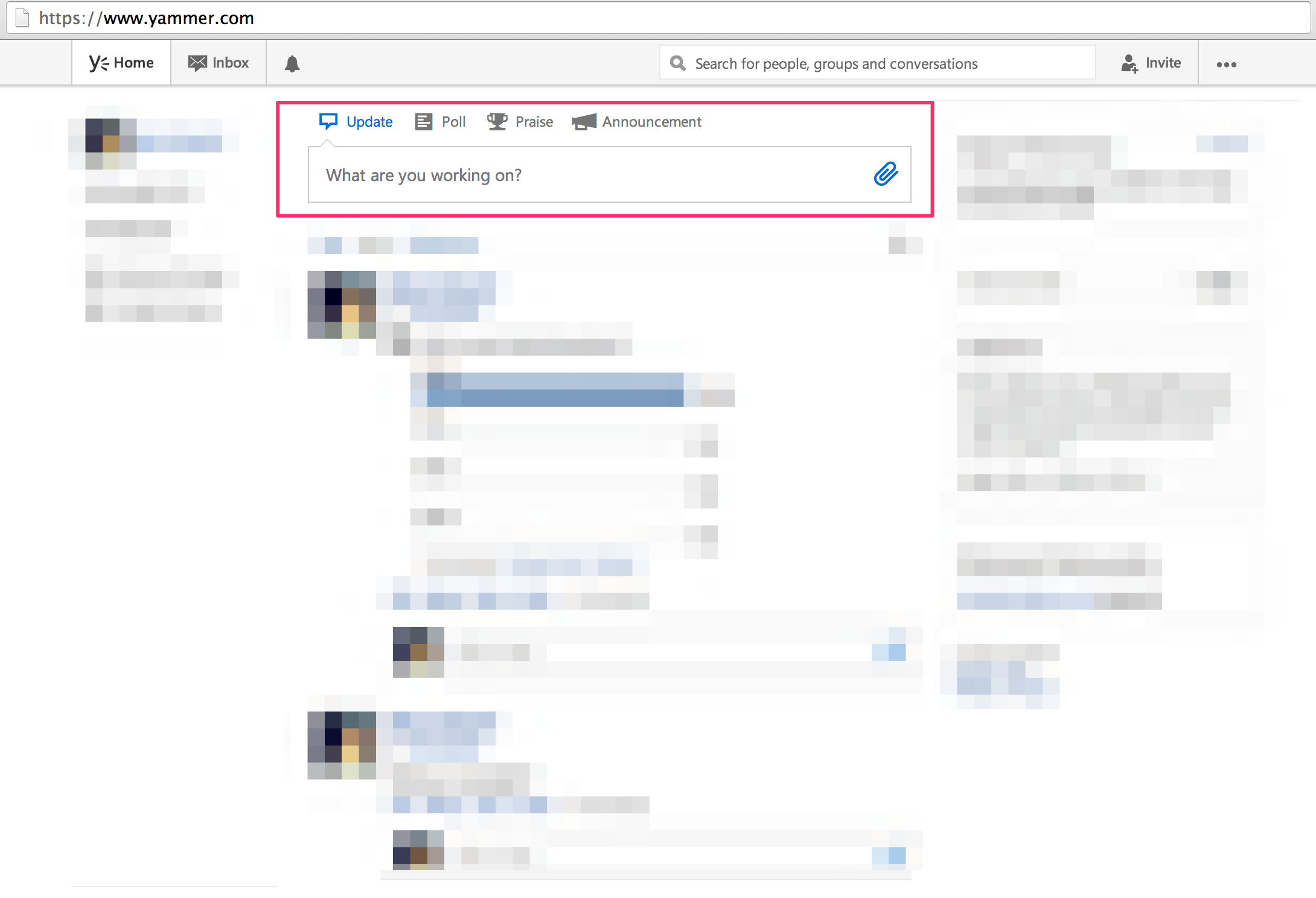 On July 1, you check the results of the A/B test. You notice that message posting is 50% higher in the treatment group—a huge increase in posting. The table below summarizes the results:

The chart shows the average number of messages posted per user by treatment group. The table below provides additional test result details:

The test above, which compares average posting rates between groups, uses a simple Student's t-test for determining statistical signficance. For testing on averages, t-tests are common, though other, more advanced statistical techniques are sometimes used. Furthermore, the test above uses a two-tailed test because the treatment group could perform either better or worse than the control group. (Some argue that one-tailed tests are better, however.) You can read more about the differences between one- and two-tailed t-tests here.

Once you're comfortable with A/B testing, your job is to determine whether this feature is the real deal or too good to be true. The product team is looking to you for advice about this test, and you should try to provide as much information about what happened as you can.

Before doing anything with the data, develop some hypotheses about why the result might look the way it does, as well as methods for testing those hypotheses. As a point of reference, such dramatic changes in user behavior—like the 50% increase in posting—are extremely uncommon.

If you want to check your list of possible causes against ours, read the first part of the answer key.

For this problem, you will need to use four tables. The tables names and column definitions are listed below—click a table name to view information about that table. Note: This data is fake and was generated for the purpose of this case study. It is similar in structure to Yammer's actual data, but for privacy and security reasons, it is not real.

Work through your list of hypotheses to determine whether the test results are valid. We suggest following the steps (and answer the questions) below:

If you want to check your work against the answer key, click here.

Read our whitepaper to learn how statistical significance can inflate results, and how to generate more trustworthy insights from A/B tests.