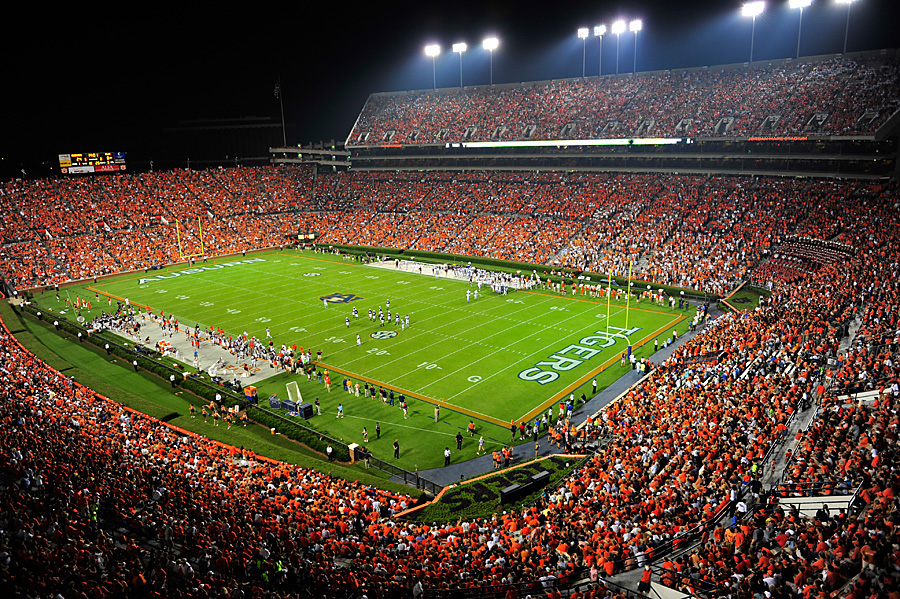 To help explore these questions, the interactive map below shows where all of today’s 25,000 Division-I college football players call home, according to ESPN. The map shows how players' hometowns differ by conference, team, and position. 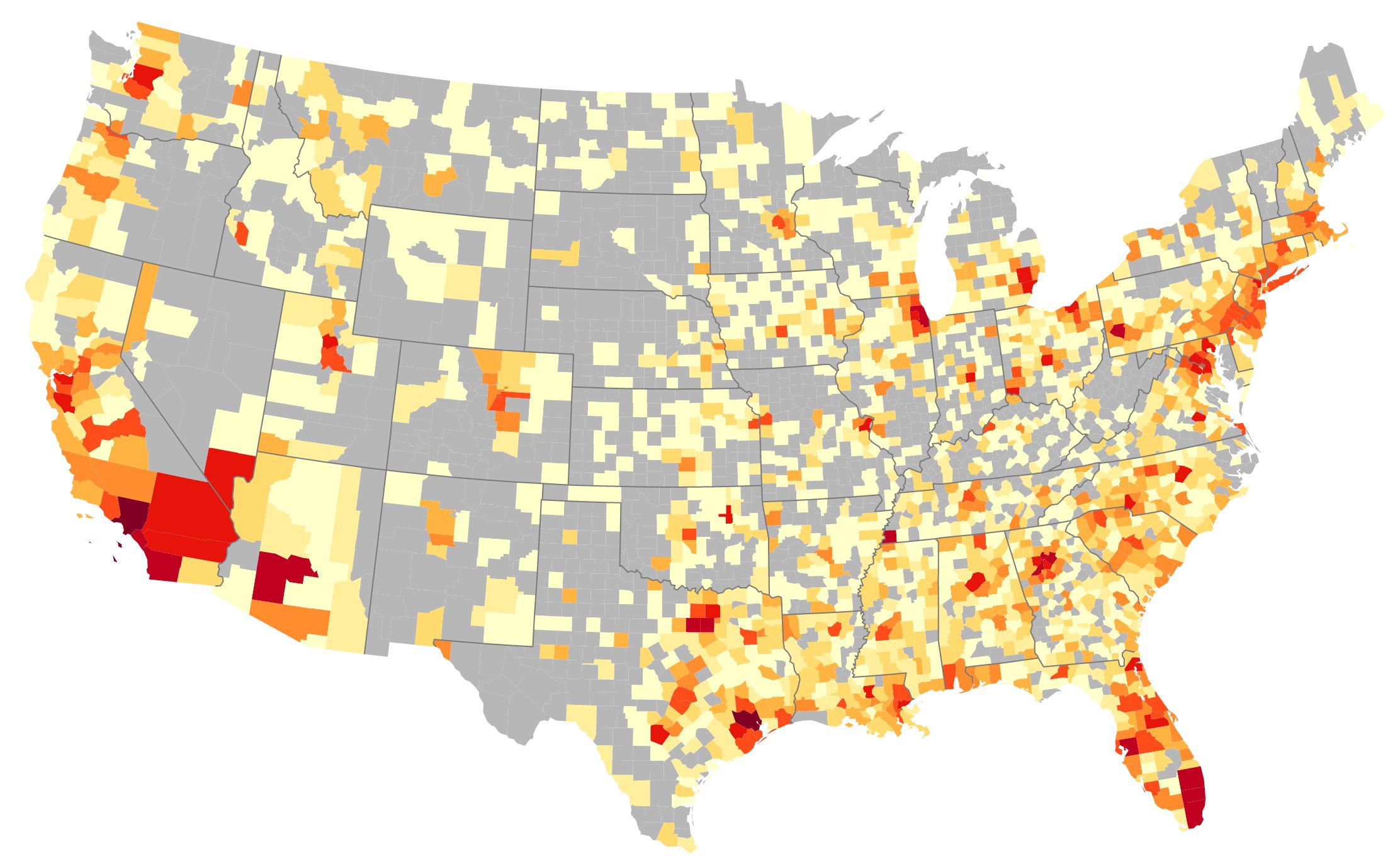 While conferences tend to be local, it’s possible that some teams within conferences have better reach than others. To approximate how well programs recruit beyond their home state, I calculated a rough measure of geographic diversity, based on how many states are represented on each team and how many players come from each state. For example, a team with 50 players from one state would have the lowest diversity score, while a state with one player from each of the 50 states would have the highest. The most and least diverse programs, as well as a few notable teams, are show below. 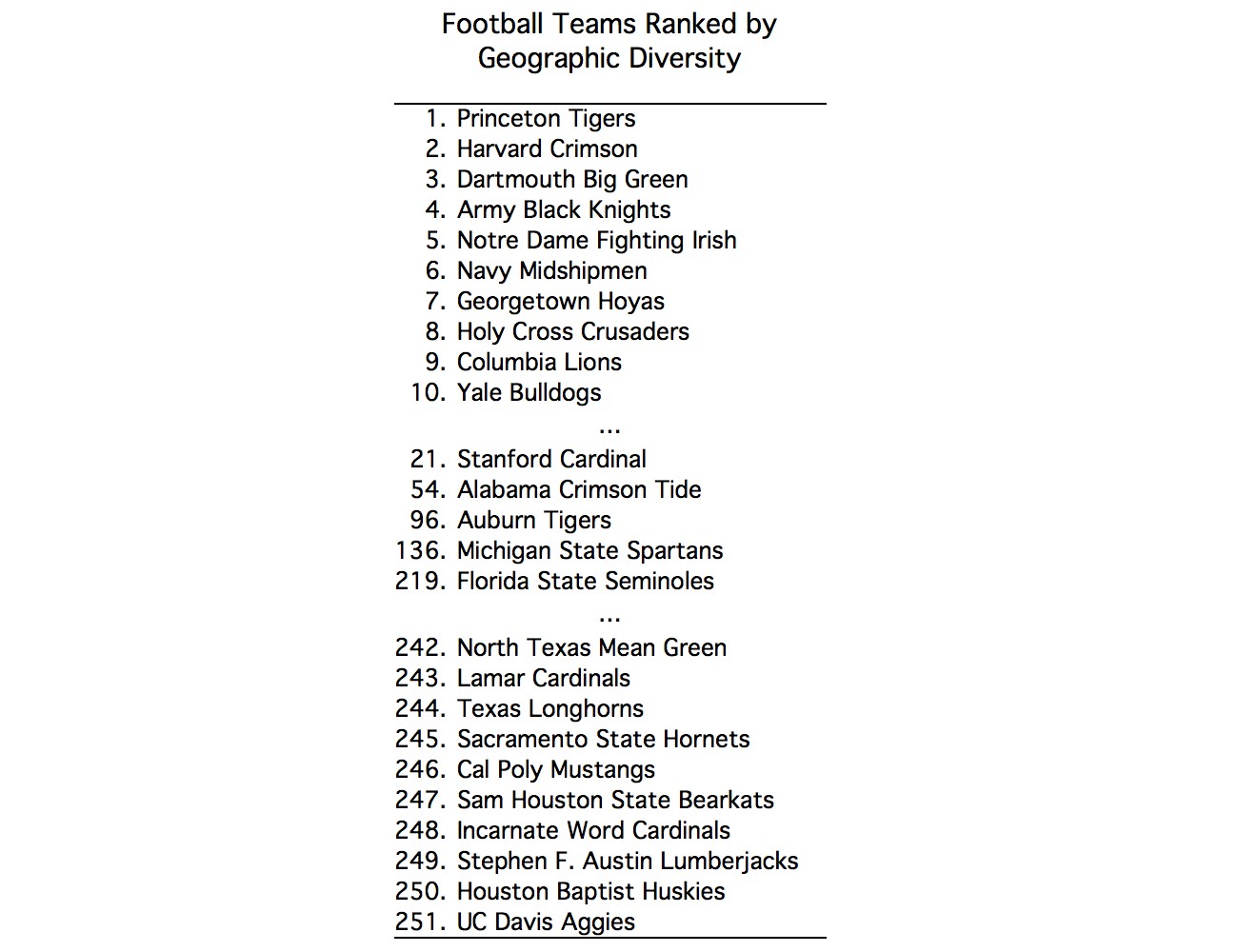 Auburn and Alabama are somewhat more diverse than average, suggesting they are able to recruit broadly. However, there’s no clear trend among the best teams. The least diverse football programs are typically small regional teams, while—perhaps surprisingly—the most diverse teams are not national powers but schools that likely to attract players for reasons beyond the football field. Notably, Texas—traditionally a top-tier team and a large national program—rarely recruits outside of Texas.

But if geographic diversity doesn’t correlate team success, what should teams do? My recommendation: Recruit exclusively from St. Thomas Aquinas High School in Broward County, Florida.

Information on players' hometowns was provided by ESPN. Hometowns were matched to counties using the Google Maps API. County population data was provided by the U.S. Census. I used SQL to do the analysis. All scripts, queries, visualization code, and data is provided in this GitHub folder.