Last week, I made an interactive map exploring where different conferences and colleges recruit college football players. Several readers mentioned that they’d like to see the same map and analysis for college basketball.

Sounded like an interesting idea. So here it is.

The graphic below maps out where all of today’s D-I college basketball players, teams, and conferences come from. You can filter it by position, and see views for both the total number of players and players per capita. You can also see which schools and conferences are the most popular in each state. 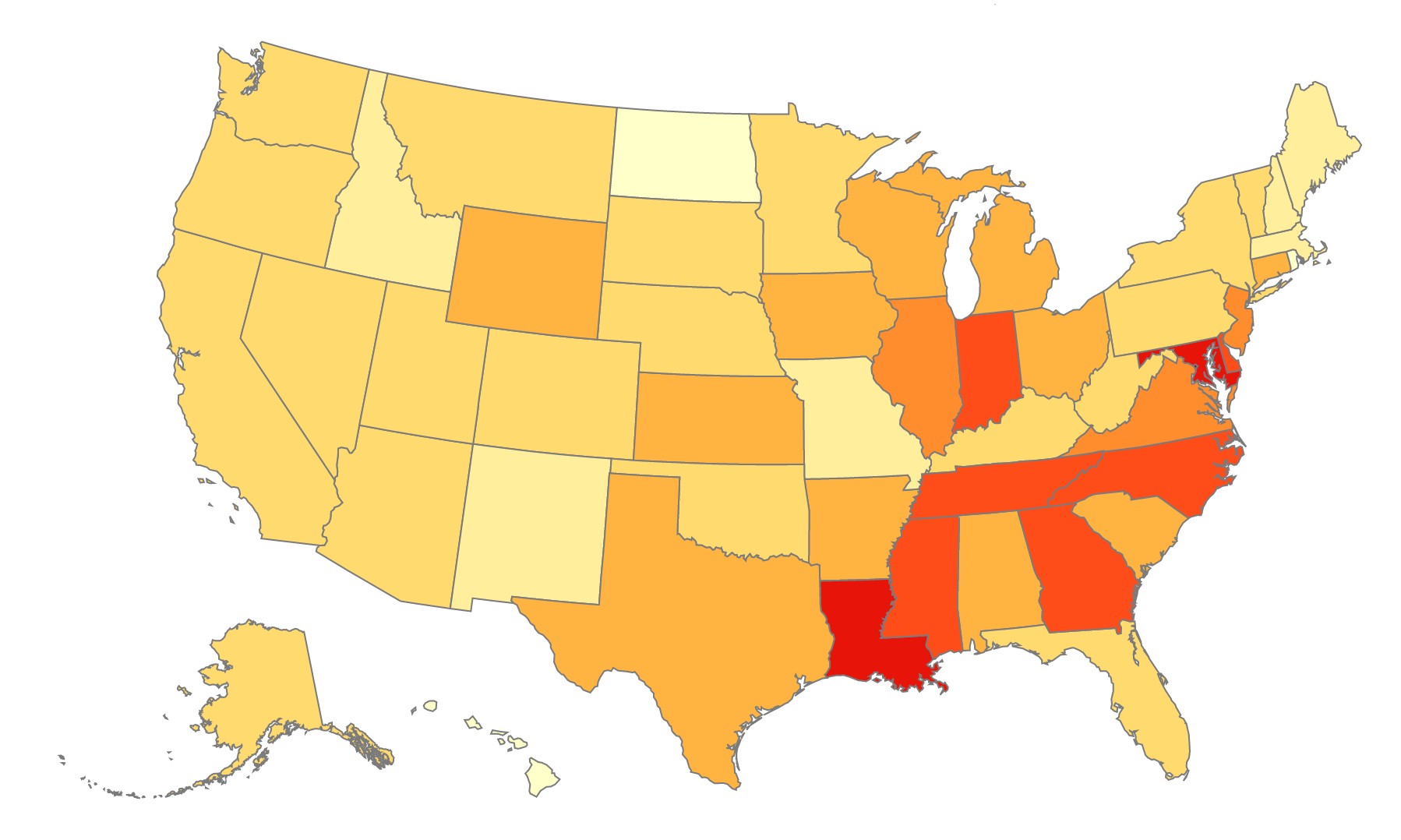 The map also reveals a couple other interesting trends:

The map raises another interesting question: Why aren’t there any basketball players from Livermore Falls? While looking at the football map, Twitter user @SandlapperSpike noticed that not only were an astounding 38 players from Androscoggin County, Maine, but they were also all from Livermore Falls, a town of only 3,200 people. After poking around the rosters from ESPN and comparing them to rosters provided by schools, we discovered that while these 38 players do actually exist, many of them are not from Livermore Falls. (See, for example, the Jacksonville Dolphins roster on ESPN and on the university website.)

So what are you, Livermore Falls? A football diamond in the rough? The center of a vast sports conspiracy? Or the hometown of mischievous ESPN intern?