Do Politicians Vote for What Their Constituents Need? An Interactive Map on Food Stamps

A week and a half ago, in the name of fiscal responsibility and fraud prevention, the U.S. House of Representatives voted to cut $40 billion dollars from Supplemental Nutrition Assistance Programs (SNAP), which provide funding for food stamps for low-income Americans.

If we ignore the 48 million Americans who relied on the program last year; if we ignore the microscopic dent that $40 billion dollars will make in the coming decade’s $47 trillion budget; if we ignore how affordable a $40 billion program is in an economy expected to produce $213 trillion of output over the same period; if we ignore reports that food stamps are rarely handled illegally; and if we ignore the urgent need for legislative action in order to prevent a government shutdown and voluntary federal default that could send massive shockwaves through the global financial system, the focus on cutting spending on food stamps could make sense. Because SNAP is funded by federal taxes, some states and districts benefit from the program at the expense of others. Members of Congress from districts with high average incomes or low levels of SNAP participation may simply be voting to protect their constituents' pocketbooks.

The interactive map below puts these figures side-by-side. Two maps show SNAP participation and average income by Congressional district, and a third map shows how each district’s representative voted. Dark red districts have high incomes, low SNAP participation, or voted for the bill - incentives that should all align.

Districts that voted against the general interest of their constituents, by contrast, are shown in purple. Reddish-purple districts have average incomes below the median (or SNAP participation above it) but still voted for defund the program. Bluish-purple districts represent the opposite - they voted against the bill, despite having incomes above the median (or SNAP participation below it). 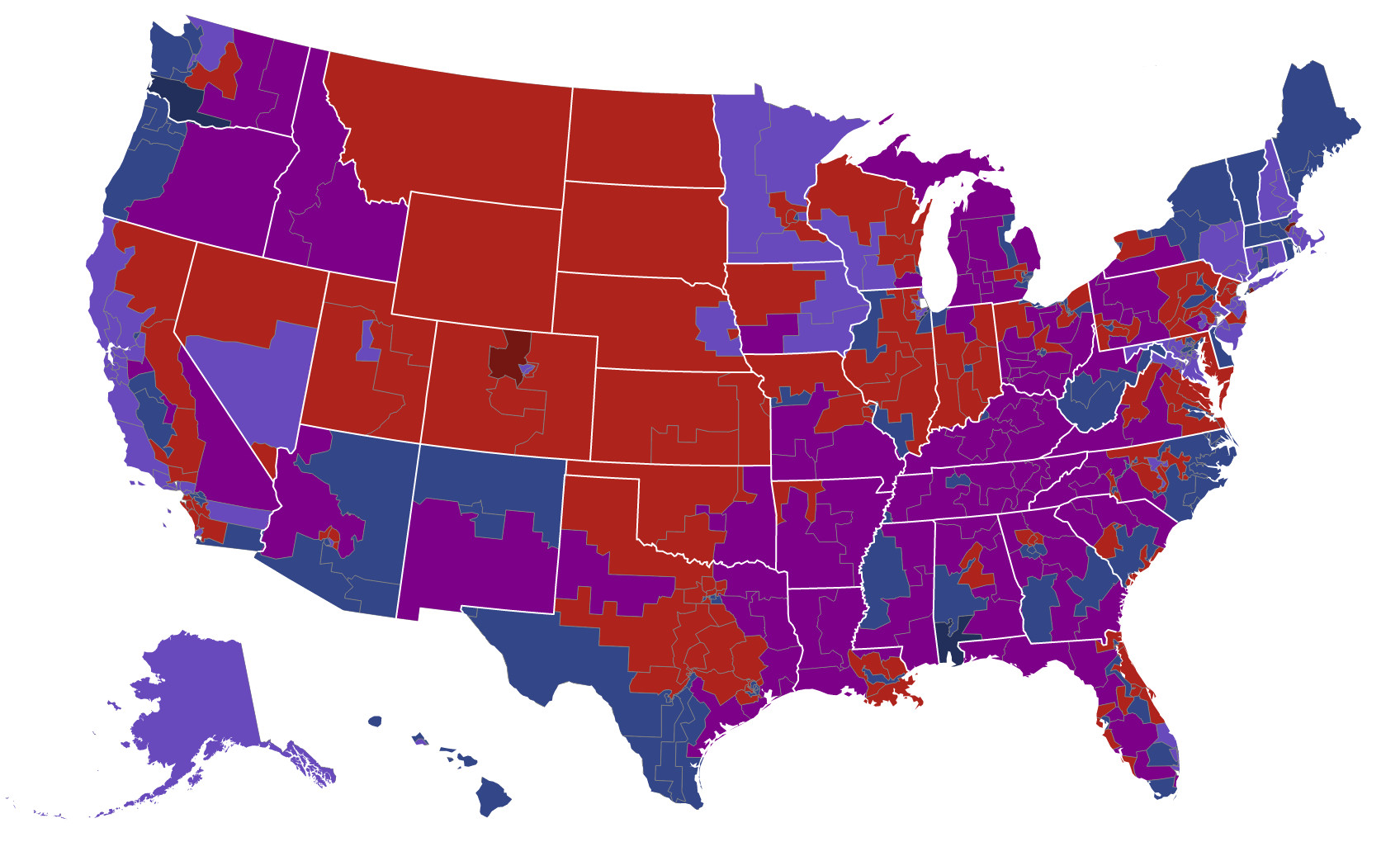 As demonstrated by the large number of purple districts - and summarized in the table below - there is a weak correlation between the nutritional and financial needs of a representative’s constituents and that representative’s feelings toward providing nutrition assistance.

For example, at one extreme end of the spectrum, Rep. Henry Waxman (D - CA 33) voted against the cuts despite his district - which includes areas such as Beverly Hills - having a lower percent of households in the food stamp program than any other district in the country. On the other end, Harold Rodgers (R - KY 5) voted for the cuts even though 29% of his constituents - over twice the national average - participate in the program.

But if not the constituents' needs, what is predictive of a representative’s vote? That answer, I suppose, is obvious.

Congressional voting data is provided by the House clerk. District income and SNAP participation data are provided by the U.S. Census. A table aggregating all this data, as well as the code behind the visualization, can be found in this Github folder.