Could Friday be the Best Day to Publish Your Tech Startup’s Press Release?

Conventional wisdom says that it’s best to issue press releases in the middle of the week: the press is more active and readers more engaged. I was recently involved in one such announcement. We went with tradition and announced our public beta and funding on a Tuesday—only to run right into Facebook’s launch of Slingshot. In the months since, I haven’t stopped wondering: Could Friday’s smaller audiences actually present a better opportunity for young startups?

The argument for Friday announcements is analogous to the argument for low-end disruption—the top of the market is well-covered by big firms, who ignore the bottom of the market because it’s not profitable enough. In many cases, startups looking for a foothold are better off initially serving these less sought-after low-end customers.

The competition for press could follow the same pattern. Big players—who always have journalists' ears—go after large midweek audiences. In addition to Slingshot, Facebook released Hyperlapse on a Tuesday; three of the last four iPhones have been announced on Tuesdays (and the fourth was on a Wednesday); and three of Snapchat’s last four product announcements have been on Tuesdays. Rather than competing with established players directly, startups could target the off-hour audiences that larger companies ignore. Fridays may offer a smaller pie, but one from which small companies can cut a much bigger slice.

Testing this theory is tough, but Crunchbase provides some insight—though this time, it’s their editors, not their database, that hold the clues.

I subscribe to Crunchbase’s daily funding newsletter. I noticed that the investments mentioned in each email vary wildly. The newsletter—which primarily consists of funding announcements—sometimes contains several deals of $100 million or more; on other days, it features primarily deals less than $10 million. 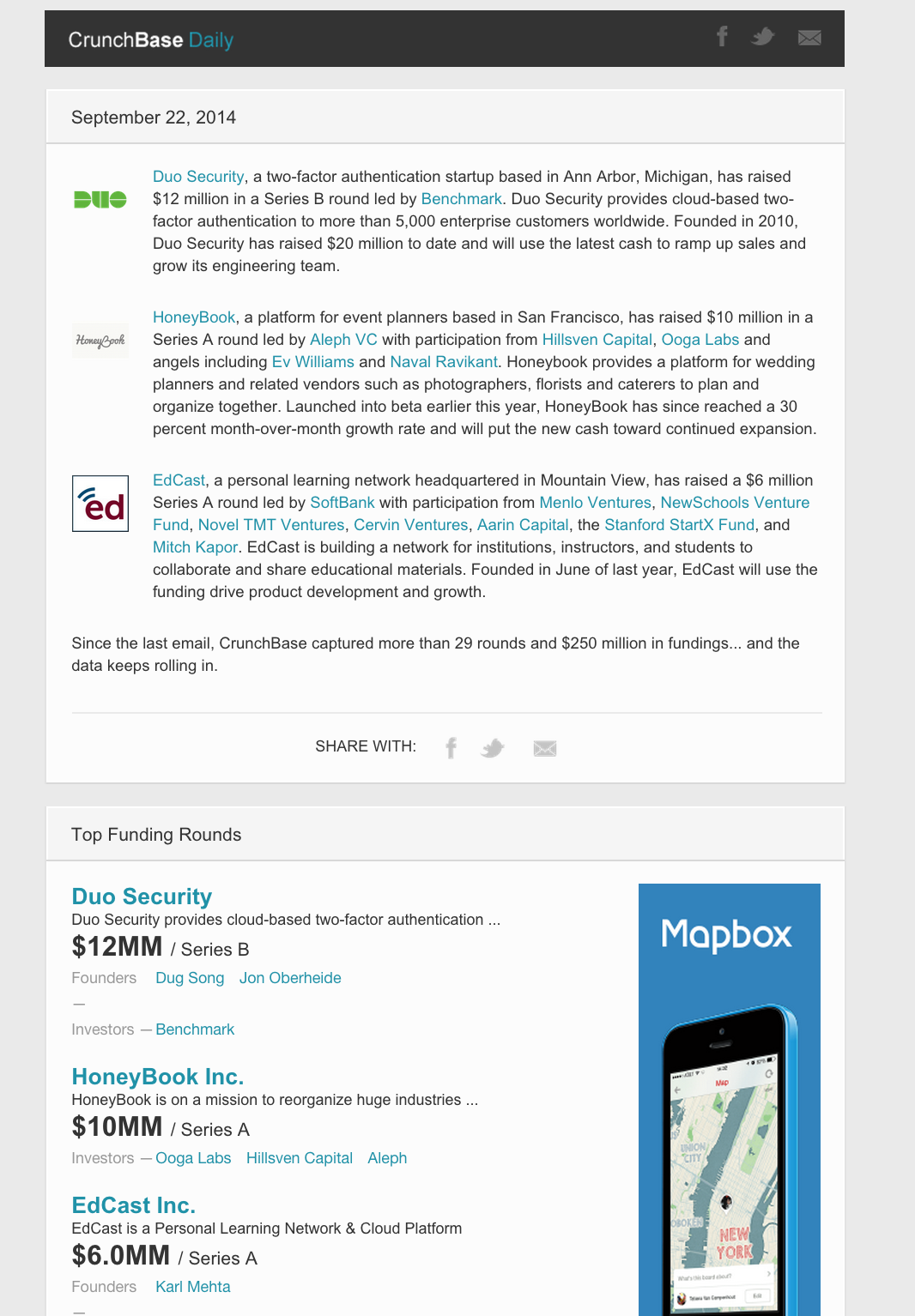 Critically, as you can see in the chart below, Crunchbase takes some editorial license when electing which rounds to feature at the top. For the most part, the larger a funding round, the higher its placement in the newsletter. But for the three featured stories, Crunchbase—though still appearing to biased towards larger rounds—doesn’t operate mechanically. Its editors are clearly picking top stories for other reasons beyond funding size.

These three spots are critical because they provide a glimpse into which announcements the media wants to promote. Assuming Crunchbase’s editorial priorities are unlikely to be that different from those throughout Silicon Valley, Crunchbase’s featured section tells us which are the three most important funding stories of the day. And there are few better ways to compare the sizes of companies—and the media’s predisposition for covering them—than funding stories.

By looking at what it takes to make the top three spots on Crunchbase’s newsletter, we can roughly say what it takes to make it to the top of the news cycle for that day. And for small startups, no day offers a better opportunity than Friday. The size of the average round in Crunchbase’s top three items is 35% lower on Friday compared to the rest of the week. The median round is 50% lower.

This lower threshold means that smaller rounds are much more likely to make it into Crunchbase’s featured list on Friday than any other day. 2.5% of rounds of $2 million or less that are in Friday’s newsletter are featured, which is nearly *5 times *higher than the rate during the rest of the week. Rounds between $2 and $10 million are roughly twice as likely to be featured. For larger rounds, the odds are about the same, if not lower.

None of this is to say that startups should start issuing all of their announcements on Friday afternoon (you still want journalists to like you, after all). As the chart below shows, conventional wisdom isn’t wrong: Journalists produce fewer stories on Fridays, though that could be because their are fewer stories to report on. And in some cases, startups value other priorities when timing announcements.

But small companies might want to take a closer look at the opportunities for getting press on Fridays. Despite article counts being down, estimates of TechCrunch trafficdon’t appear to suffer on Friday. For sites like Hacker News and Product Hunt, where content is generated by users rather than editors, traffic appears to suffer more in the middle of the week than on Fridays. While the press may not be out in full force at the end of the week, readers may be—and there are increasingly powerful ways to reach readers without the press.

For their part, early-stage startups may already be moving in this direction. As the graph below shows, startup seed funding announcements are fairly evenly distributed throughout the week.

The opportunity, however, may be there to go a step further. For companies fighting for every bit of press they can get, throwing conventional wisdom out the window might be worth the risk.

When looking at round sizes, the analysis above only considers funding announcements with funding amounts denominated in U.S. dollars. Data was scraped from the Crunchbase Daily using a Python scraper, which is posted in Github. All scraped data, including data on round investors, is available in two Mode tables. The analysis behind this post is also available in Mode, via the embedded graphs above and this list of Mode reports.

Use Common Table Expressions (CTE) to Keep Your SQL Clean