Conflict Data on Military Interventions: Will Syria Be Different? 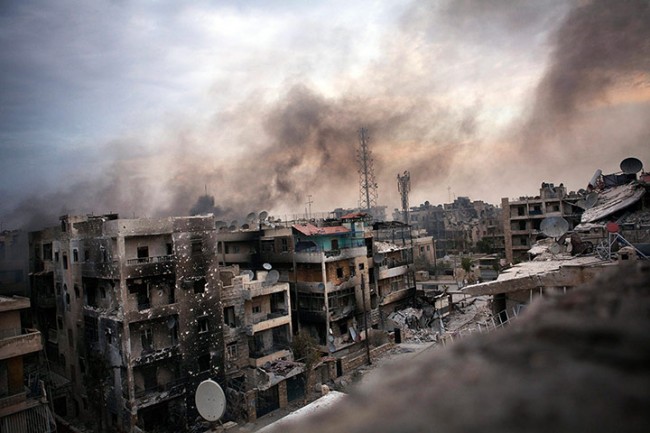 Despite the atrocities in Syria, global trends around armed conflicts have generally been positive. According to data provided by the Uppsala Conflict Data Program, there were 32 armed conflicts worldwide in 2012, down from an average of 42 in the 1980s and a peak of 52 in 1991 and 1992. Furthermore, the number of major conflicts - those with at least 1,000 battle-related deaths in a given year - fell from an average of over 13 in the 1980s to 6 in 20.

Additionally, the nature of these conflicts is shifting. Interstate conflicts largely disappeared by the 1990s, giving rise to a sharp increase in civil wars, which peaked at 48 in 1991. Since then, the number of purely intrastate conflicts has been cut in half, but it has been in part replaced by civil wars with intervening third parties - precisely the sort of war that Syria appears headed for. 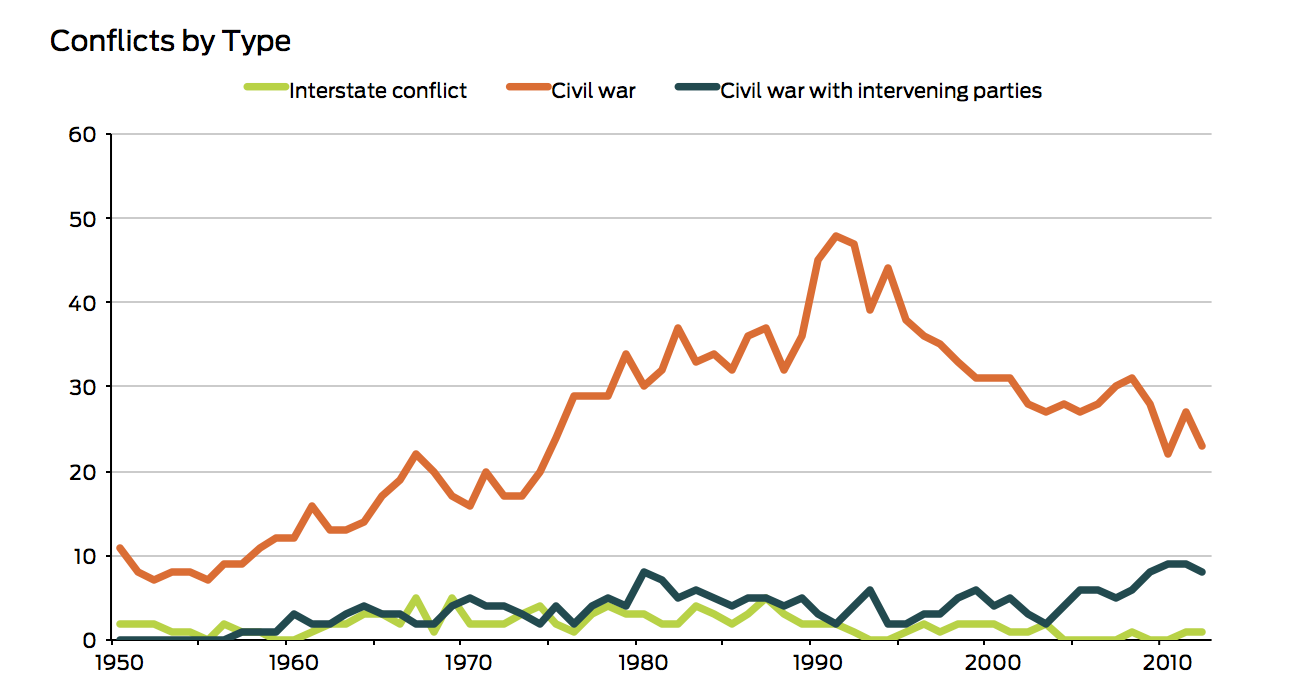 Add one more to the interventions?

The limited historical record indicates that it’s relatively rare - but it’s even less rare that they reduce violence. A conflict with an intervention was preceded by a civil war in 28 instances. In four cases, the conflict became more violent during the year of the intervention compared to the year prior. Twenty-three stayed the same, while only 1 declined. (Including conflicts that are already major conflicts in this sample is potentially problematic, however, because these conflicts have already reached this dataset’s upper bound of violence. For minor conflicts, 4 of 16 increased in violence, while zero decreased.)

Of course, this raises an obvious question: are some conflicts more intense because others intervene, or do others get dragged into conflicts because they intensify? Explaining such causal links is tricky. The lack of granularity in this dataset - in measures of both time and violence - makes it impossible to determine the sequence of events in the year of an intervention, and impossible to differentiate between levels of violence in major and minor conflicts. Cases in which violence increases the year before an intervention (suggesting third parties are enticed to intervene) or those in which violence increases the year after (suggesting interventions increase violence) could possibly provide weak causal evidence. Though these instances break two to one in favor of interventions increasing violence, the sample is simply too small and the evidence too weak draw any firm conclusions

Violence, however, isn’t the only measure of a conflict. There are other potential benefits to interventions, such as bringing the conflict to an end more quickly.

Ending a war is hard work

None of this is to say that a strike on Syria will be unsuccessful, or that the United States shouldn’t intervene to save civilians' lives. Many of the civil wars conflicts above didn’t involve the United States, whose military might remains unmatched. But a decisive victory that brings a quick end to a brutal civil will require swimming against the current of history.

Or, of course, this time could be different.

All of the data was provided by the Uppsala Conflict Data Program’s PRIO Armed Conflict Database. Precise definitions for conflicts, interventions, and other terms can be found in that dataset's codebook. All of the analysis above was done in a SQL database on the raw data provided by UCDP. Those manipulations can be found in this SQL file, and visualizations were created in Excel.