The Best - And Worst - Playoff Teams in Recent Sports History

As a lifelong Braves fan, the Braves' Monday night loss to the Dodgers - and their familiar early elimination from the playoffs - still stings. After the Braves fought back to take a 3-2 lead against the best pitcher in baseball, Juan Uribe put them behind for good in the bottom of the 8th with a two-run homer to left.

That home run, off of a hideously hung slider from David Carpenter, joins the “infield fly” play, and Brooks Conrad’s iron hands, and Brad Ausmus' 2-out, bottom-of-the-9th, game-tying home run, and Chris Burke’s eventual 18th-inning game-winner on the impressive list of recent Atlanta Braves elimination-game collapses. Following their defeat on Monday, the Braves have lost eight playoff series in a row (including the 2012 Wild Card Game).

That streak is now the longest among all major professional sports teams. The Kansas City Chiefs, Detroit Lions, and Portland Trailblazers have lost seven series in a row, while the New York Islanders have lost six.

The interactive graphic below compares recent playoff performance for all 122 teams in the MLB, NFL, NBA, and NHL. The graph shows the number of playoff series each teams has participated in since 2000, and the results of those series. With one win in ten series tries, the Braves are setting the standard for reaching the playoffs, but failing to advance in them. Only the Denver Nuggets (2 for 12), the Oakland A’s, Minnesota Twins, and Houston Rockets (all 1 for 7), and the Portland Trailblazers (0 for 6) are comparable. 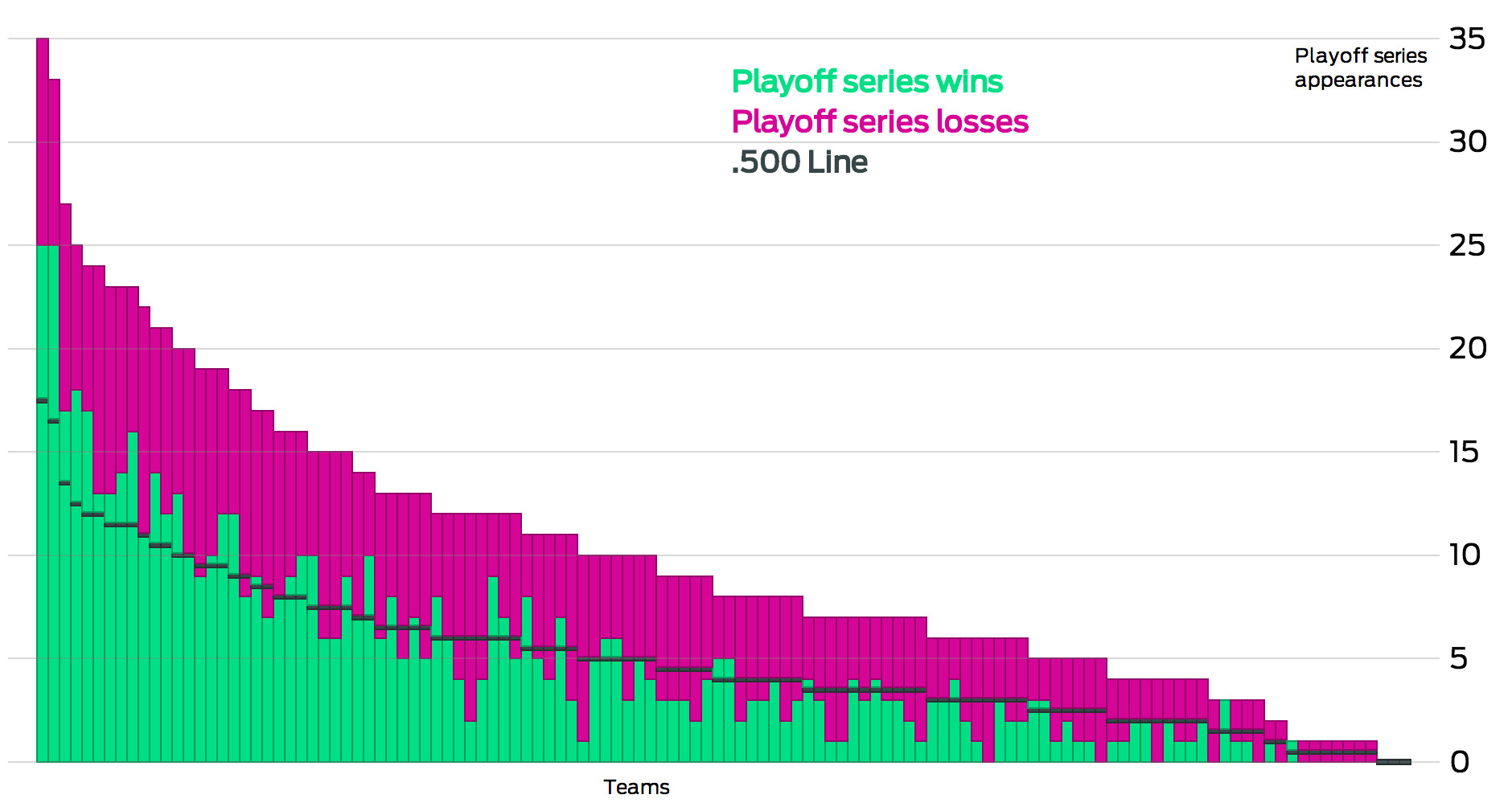 On the bright side, I guess I’m lucky not to be rooting for Blue Jays, Royals, or Bills, which are the only teams that haven’t made the playoffs since 2000. But then again, maybe not - coming up just short is sometimes so much worse than not getting close at all.

Postseason records were all collected from Wikipedia and aggregated in a CSV. That data, as well as the visualization code, can be found in this Github folder.